64lbs Of Plastic found, In The Belly Of A Sperm Whale 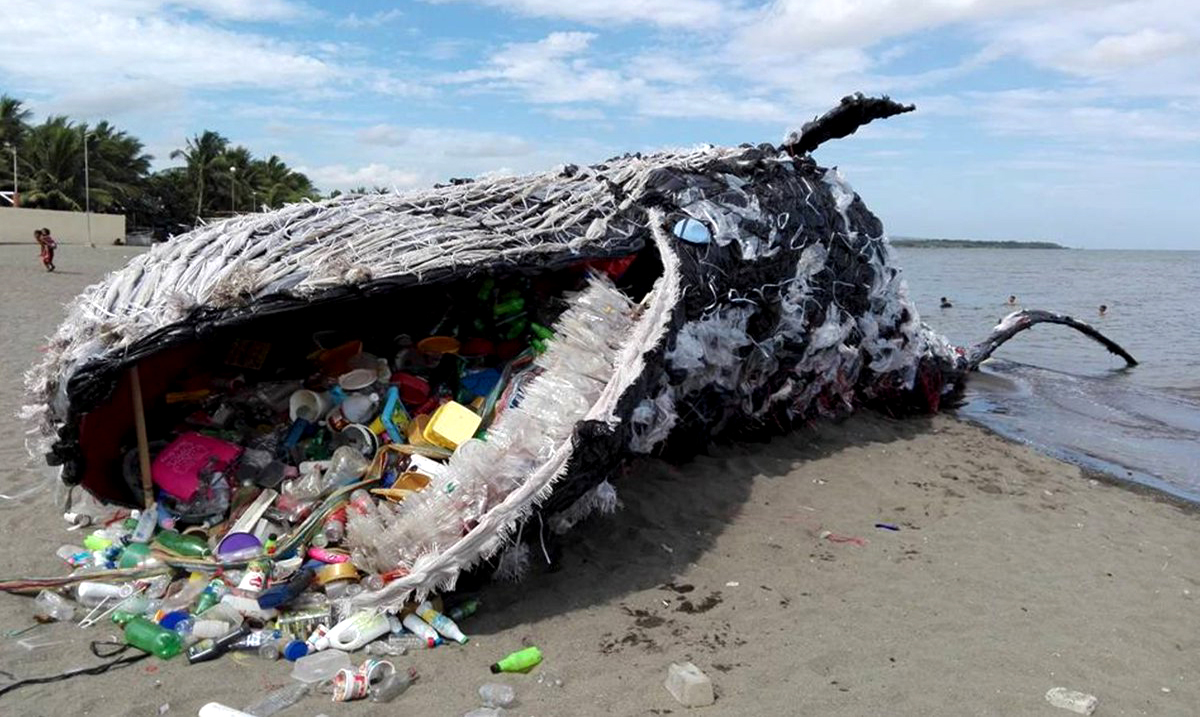 64Lbs Of Plastic Found In The Belly Of A Sperm Whale

[/vc_column_text][vc_single_image image=”10956″ img_size=”full” alignment=”center”][/vc_column][/vc_row][vc_row][vc_column][vc_column_text]The body of a massive 10-meter-long sperm whale was found recently in Spain, on its southern coast. The shocking part came, when upon examination, plastic, weighing almost 29 kilos, was found in its stomach. Experts from the El Valle Wildlife Recovery Centre, during the autopsy of this male whale, found items such as plastic bags, numerous shards of nets and ropes, Cans etc. The experts all came to the same conclusion, that it was the vast quantity of plastic which the whale had ingested and could not expel, that led to its death. The plastic having caused blockage it its intestinal tract would have caused abdominal infection such ‘peritonitis’, that eventually turned fatal for the whale.

As shocking as it seems, this incident shouldn’t really come as a big surprise to any of us. Environmentalists around the world have been crying out aloud for a long time about the catastrophic level of plastic pollution.

“Considering the fact that the world dumps over 8 million tons of plastic in the ocean every year, 25 kilo is literally, just a drop in the ocean.”

This frightening, as well as embarrassing discovery, did, however, prompt the Murcia government in Spain to take action, as it launched an awareness camp regarding the hazards of single-use plastic. The Murcian governments Director-general of Natural Environment, commented on plastic pollution in the ocean being the biggest threat to the marine wildlife, with many deaths of the marine animals occurring either due to ingestion or by getting trapped and strangulated by the plastic debri.[/vc_column_text][/vc_column][/vc_row][vc_row][vc_column][vc_single_image image=”10958″ img_size=”full” alignment=”center”][/vc_column][/vc_row][vc_row][vc_column][vc_column_text]Scientists recently updated that the infamous great pacific garbage patch has 79,000 tons of plastic fragments, and was now thrice the size of France! Another garbage patch recently discovered was twice the size of Mexico. Experts predict that by 2050, the plastic in the ocean will outweigh the fishes. Going by the trend in plastic usage and its eventual dumping in the ocean, news such as these will surely not be the last. Here are a few examples of whales washing ashore, belly full of plastic.

The tide, however, although slowly, seems to be changing as the fight against plastic is beginning to gain momentum. Imminent personalities speaking up against plastic pollution is accelerating the awareness spreading amongst the masses. Recently David Attenborough’s Blue Planet II, woke up millions of viewers to the reality of plastic pollution. He did not just stop there though. Read here on how Attenborough Roped In The The Queen And The BBC To Shun Single-Use Plastic.

Efforts such as these help build up the momentum, as more and more people begin to give up on single-use plastic. News regarding campaigns against plastic is beginning to crop up all around the world. Malibu recently forbid restaurants from handing out plastic straws, cups etc. Even children are joining in the fight against plastic. A campaign started by school children has got councils across Scotland to ban plastic straws.

It is efforts such as these, that are a silver lining among the very dark clouds of plastic pollution. And these efforts start from individuals such as you. Begin by making changes in your own life, to reduce or altogether avoid plastic. And just as important is to spread the awareness by educating others on the perils of plastic pollution. If you have already begun to take such steps, then comment below and let others be inspired to do the same![/vc_column_text][/vc_column][/vc_row]