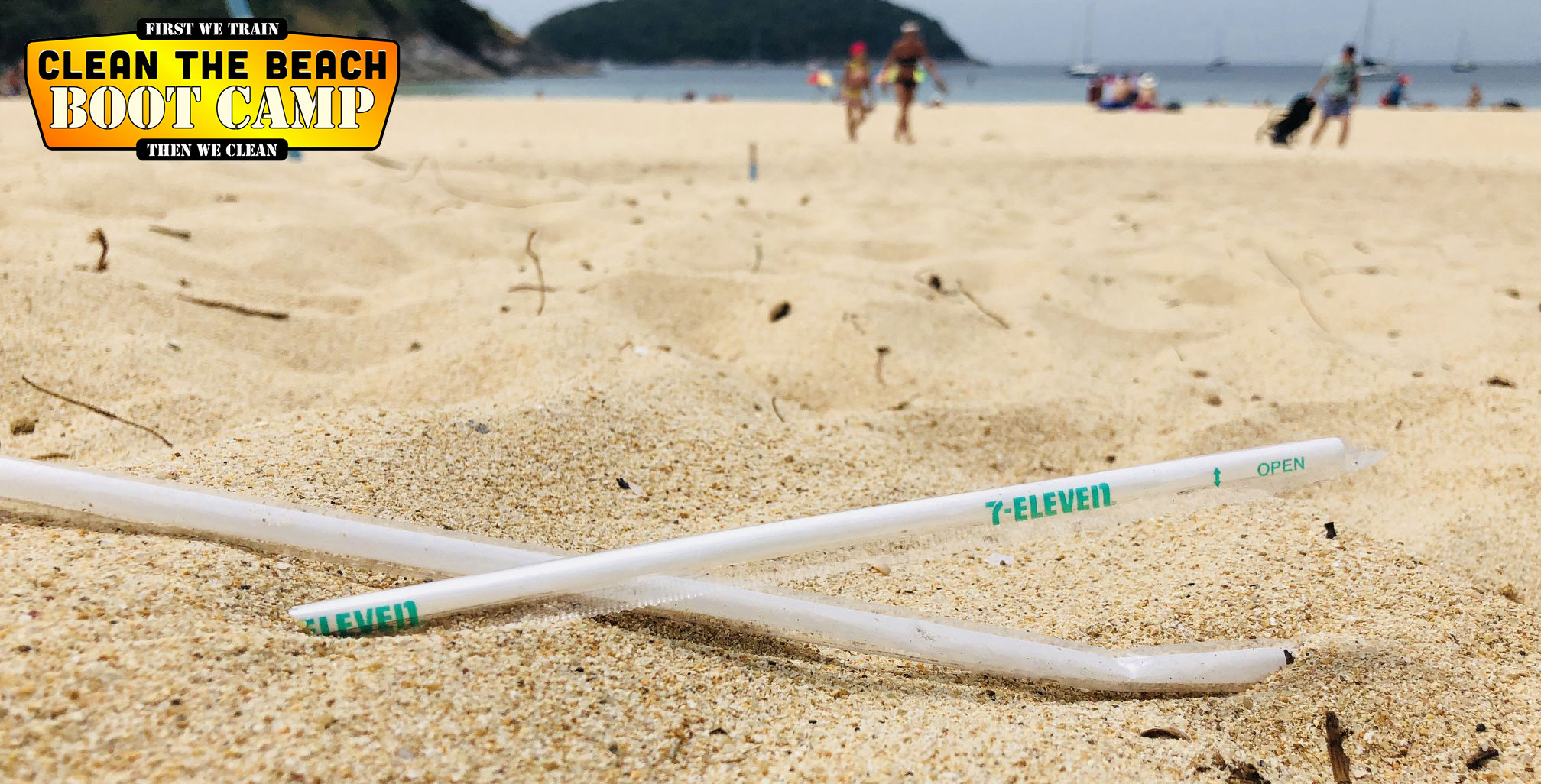 In 2016, 7-Eleven proudly opened its 60,000th store. Thailand, where I stay, already has well over 9,400 of their outlets. It’s an open secret that 7-Eleven is the undisputed champion when it comes to all the plastic that you see littered around Thailand. 7-Eleven, with over 50% of their Thailand outlets in Bangkok, they are choking the life out of that busy city with the barrage of plastic they keep sending out every time a customer walks in and out of their store.

If you’re thinking now that it’s just a Thailand problem, here’s news for you: 7-Eleven is one of the largest international chains of convenience stores. It started quite humbly a 90 years ago in 1927 with its first shop in Texas.

“Americans beware – With nearly 10,500 7-Eleven outlets in North America, it is slowly covering you up in plastic, and this here again is no trump card worth celebrating about!”

So why am I picking on them? Is it merely because they are a big business? Certainly not! It is because of the sheer lack of concern for the environment when it comes to their store policy of handing over an unnecessary amount of plastic to every customer that walks in through their door. And my policy is that if you are thriving on this planet, then you cannot be careless​ ​about​ ​it.

Almost every item in a 7-Eleven is wrapped up in plastic, including consumables such as sandwiches, coffee, soda – you name it! And as if that wasn’t enough, the 7-Eleven staff is trained to hand over another round of plastic items like straws, spoons, forks, cups etc. to every customer at the counter whom they think needs it, whether they ask for it or not. With tens of millions of people walking out of a 7-Eleven with plastic bags full of even more plastic every​ ​single​ ​day,​ ​that’s​ ​just​ ​a​ ​worldwide​ ​catastrophe​ ​in​ ​the​ ​making.

If you’ve been a fan of the 7-Eleven up till now, here are some 7-Eleven’ fun facts:

But really, why should you care?

Well to begin with – plastic is poison. And, it is in constant contact with your food, beverages and even skin! Here are a few health hazards that plastic is responsible for:

I don’t mean to scare you, but well, this is just the tip of the iceberg. Keep your nerve and read ‘​An era of plastic overkill​’ if you want to know the details of how plastic gets into your system.

It was after-all the dire state of pollution on the beach that first prompted me to start Clean The Beach Boot Camp (CBBC), a local act that soon became a worldwide movement by calling on the good conscience and awareness of fellow humans. Tourists and locals alike came together for the cause. So far we have managed to clean up more than 1.12 million pounds of trash from the beach in just 4years while gaining a lean body and a clear conscience. And guess what? Almost all of the rubbish was plastic.

The situation is dire – to put it mildly – and the time to act is NOW. These big businesses tend to think that with their colourful adverts and plastic smiles, they can fool the innocent folks. What they forget is that although they may lack it, we do still have a lot of love for our Mother Earth and it is to this conscience in you that I am appealing. We must all unite and act unanimously to raise our voice in protest against 7-Eleven, that doesn’t seem to give a damn about this plastic menace. Of course, there are many such other businesses out there that don’t seem to care much about the planet. www.ibanplastic.com has started a petition directed at creating awareness among all such businesses – signing and supporting it would be a simple first step you can take to address this issue.

Share this with as many as you can and let the movement to save the planet from the clutches of apathetic businesses such as the 7-Eleven begin!