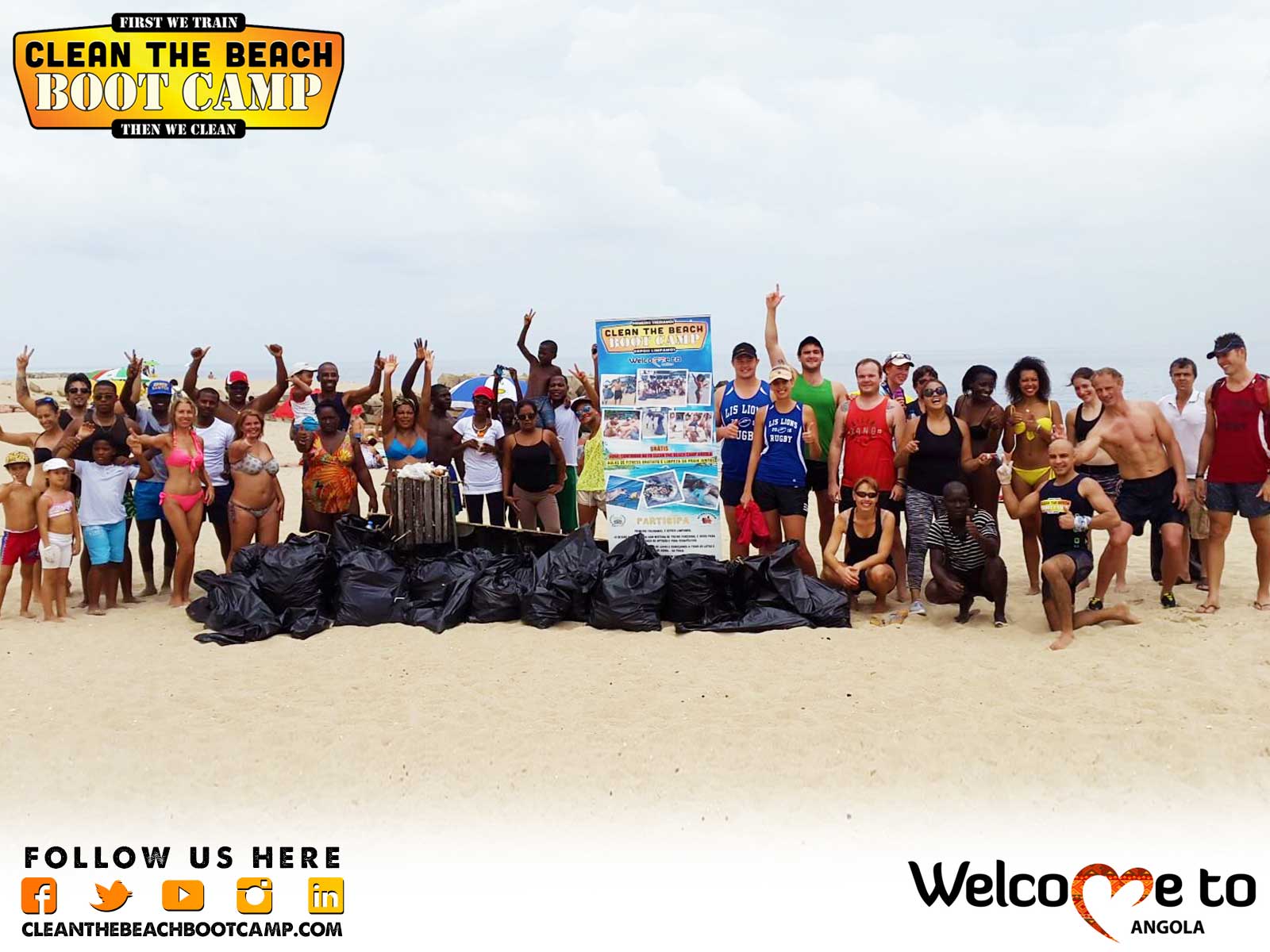 The first Clean The Beach Boot Camp Angola was on 12th of December 2015 – Founded by local expat Mario de Oliveira Below are the stats we have since then: Big thank you to everyone who has been involved & attended such an awesome event.

What do you need to Bring?

To get involved you need to bring clothes you don’t mind getting wet and sandy. Also, drinking water, towel and suncream. The Boot Camp is almost always on a Sunday & starts at 09:00AM. It runs Every other Sunday.

Below are just some of the Photos of the previous Beach Clean Ups we have done since 2015 – We dont have all the photos of each Clean The Beach Boot Camps we have done –  but it gives you a good idea.

Mario de Oliveira the founder of Clean The Beach Boot Camp – Angola – Mario lived and Trained in Thailand for over a year, he trained and fought in Thailand in the countries National Sport of Muay Thai, There after Mario Certified himself in TFW (Training for Warriors) Level 1 & Level 2. After moving to Angola Mario decided to Launch the Clean The Beach Boot Camp project in Angola