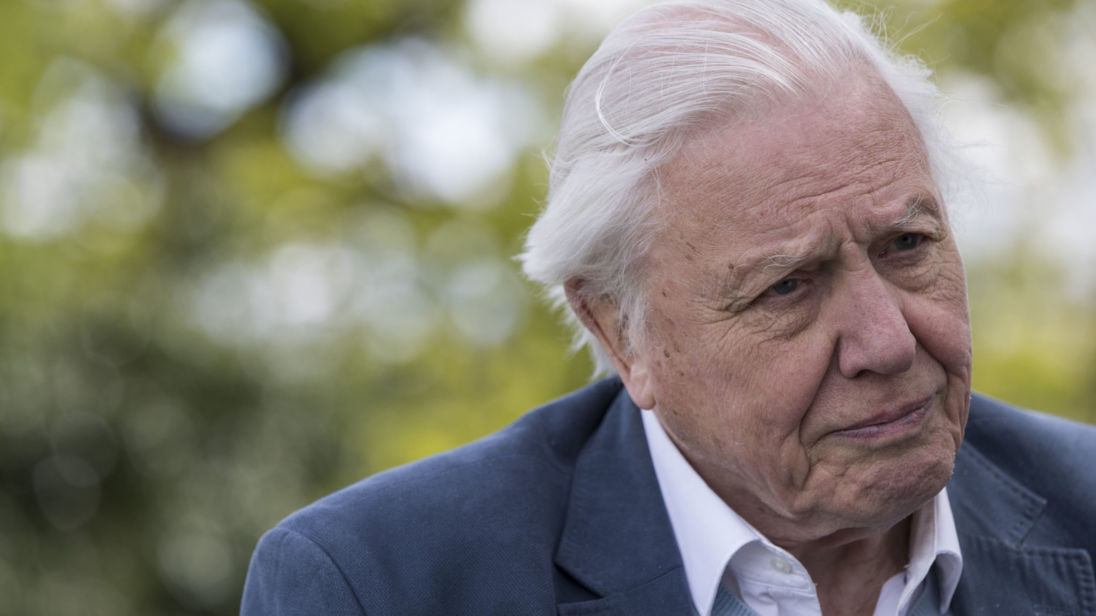 The world is slowly getting choked by the plethora of plastic being bombarded on it by our seemingly never-ending need for single-use plastic. And, Sir David Attenborough, one of the most renowned broadcasters of our time, can swallow it no more. Blue Planet II, his latest documentary, in addition to being the most-watched show of 2017, has also started a much-needed discussion on the humongous amount of plastic polluting the oceans.

On the very first episode, the show highlights the menace of plastic pollution. Whether it was the death of the pilot calf, that had consumed milk contaminated with plastic, or the mother albatross feeding plastic to its chicks, many many heart-broken viewers across the globe were awoken from their slumber to act upon this cruel reality of plastic.

In the series, Attenborough points out, how the marine life will continue to be poisoned by plastic for centuries until we considerably slow down the amount of plastic going into our oceans. Attenborough has said, he sincerely believes that humanity, literally, holds this planet’s future in its palms. At the show’s launch, he made it a point to appeal to the entire world to take responsibility for this plastic crisis and act upon it.

One of the first to take note of the veteran broadcaster’s advice was the BBC itself. Not long after, the channel announced a grand plan, which, by 2020 will get rid of single-use plastic, and ban it across all its sites.

Tony Hall, the director-general at BBC expressed his solidarity with millions of the show’s viewers, at the massive amount of garbage and damage, all caused due to single-use plastic. It is not a one-man war, indeed. We all have our role to play, and Mr Hall was keen on having the BBC take the lead, and do its part in tackling this plastic problem.

“Just in Briton, over 7.7 billion plastic bottles, mostly single-use, are used in a year. While less than half of that is recycled, about 16 million bottles get dumped somewhere, every year.”

Presently, our world produces around 400 million tonnes of plastic every year, and this number only keeps going up with each year. On the other hand, less than half of it gets recycled. The rest of it is left behind to haunt the planet for thousands, if not millions of years!

Close to 90% of the garbage floating around on the ocean surface is plastic! A deadly source of toxins, the degrading plastic continuously poisons the water, sometimes appearing to be food to the marine animals, other times entangling and choking them.

Over a million seabirds and other marine animals die due to plastic every year. One in four fish has ingested plastic. And at the rate we are going, by 2050, there will be more plastic than fish in the ocean. Think we are exaggerating? Read this for more insights – An era of plastic overkill

With the amount of viewership it receives, the BBC has done a great job in putting light on the plastic pollution crisis through its Blue Planet II TV series. By now taking action, BBC also proves that they are not just all show, but can walk the talk too!

When it is the beloved David Attenborough making a humble, yet earnest request, even the high and mighty of the world are moved to act. And it was no less than the Queen of England herself who followed through on this request. Along with the millions of, now awakened, viewers, single-use plastic will also have to face a ‘royal’ war from the Queen!

Acting upon her resolution, the Queen has already banned plastic straws and bottles from estates. Buckingham Palace has further confirmed their commitment to the cause by bringing about new policies that will drastically bring down the plastic usage.

All royal households too, have been instructed to replace plastic crockery with chinaware or environmentally friendly alternatives. That’s what we call the Attenborough effect!

As the man himself points out, we all might like to believe that dumping plastic in the oceans far away from our home, keeps us safe from its consequences. Sadly, studies have shown this to be very far from reality.

“We have a responsibility, every one of us.”

– Attenborough, at the launch of Blue Planet II.