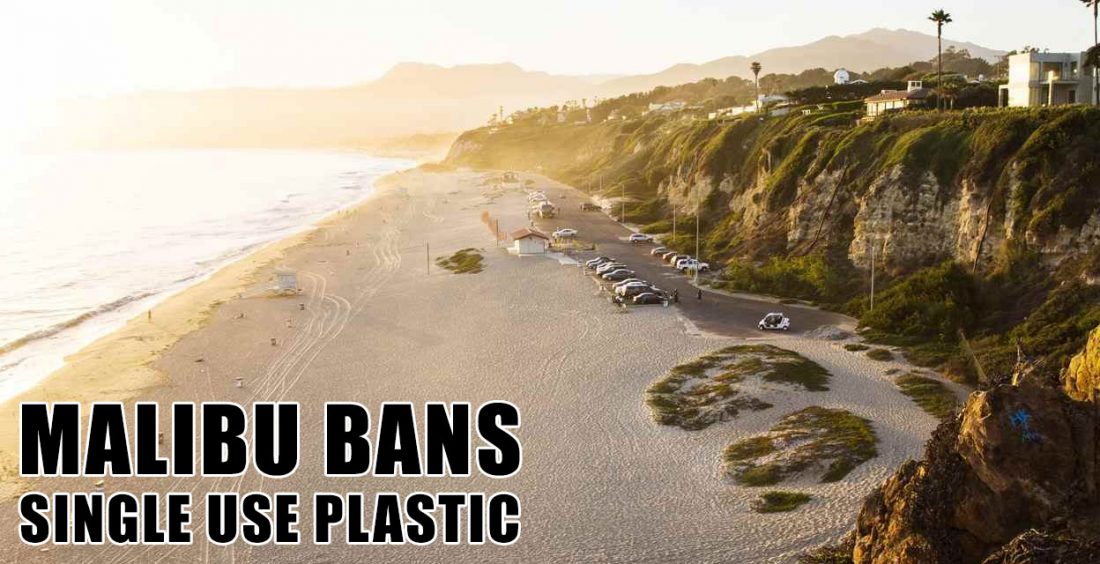 The move comes as an effort to protect the beaches in Malibu from the ongoing onslaught of plastic contamination.

Sheila Morovati and her family, residents of Malibu, is used to visiting and enjoying the beach, now and then. During their visits, Mrs Morovati and her husband along with their two children, also make it a point to collect a minimum of ten pieces of trash each. Not surprisingly, most of the garbage is plastic – bottles, lids, spoons, forks, straws etc.

Fed up, of all this easily avoidable plastic trash, Morovati, last year, focussed on plastic straws and initiated a campaign to ban them from Malibu. Her efforts bore fruit as the City Council sided with her and banned plastic utensils, stirrers and straws from being handed out by the nearly 65 restaurants and other food vendors of this beach town.

The environmental sustainability director of the city, Craig George, was clear on his stand that his department intends to protect the beach and the ocean on which the local community depends. And although the plastic pollution crisis affects the entire country, Craig believes that the most important thing is for the change to start and if implemented at the local level then the rest of the cities might follow. Even mayor Rick Mullen was adamant on the city’s stand against such single-use plastic, even if it might cost his people a little extra.

The ban comes into effect from June 1. By then all of these businesses will have to replace the plastic handouts with environment-friendly alternatives such as paper, bamboo etc. The move also encourages restaurants to replace their existing cutlery with reusable ones made of glass, metal etc.

For Malibu, this ban marks another feather in the cap, in its fight against single-use plastic. Earlier in 2008, this beach down had put a ban shopping bags made of plastic, to control the amount of these bags that ended up in the ocean and harms the marine ecosystem. Their efforts didn’t go unnoticed, as Los Angeles followed in their footsteps, and finally, the entire state banned plastic shopping bags. Environmentalists in Malibu are hoping for a similar reaction this time around too. Similar movements are happening all around the world. Recently, Scotland banned plastic straws after a campaign started by school children gained momentum.

Morovati also expects other cities to follow in the footsteps of Malibu. Critics, however, claim that some businesses will feel the burn of this ban, as they will have a hard time finding an alternative since those available are much more expensive.

For a while now, environmentalists who have been voicing against plastic straws, have exclaimed that the nation, per day, discards roughly 500 million plastic straws. Even the city officials while reporting on this new law, cited this figure. A little bit of investigation reveals that this number comes from research which a Nine-year-old kid conducted in 2011, wherein he inquired with the manufacturers upon the number of straws produced per day. Although one may doubt the validity of the number this research claims, environmentalists are confident that the reality too, would be very close. Remove a few hundred or even a couple of thousand, and it still makes a staggering amount!

Harlin Savage from Eco-Cycle, a non-profit recycler, explains that plastic doesn’t decompose, but only breaks down into smaller and smaller particles. All the plastic waste ends up in landfills or the ocean. According to environmental activists, since plastic is not biodegradable, it is most harmful when it ends up in the ocean.

Malibu is indeed proving to have a good conscience with the actions it has initiated against plastic both in the past and in recent times. And it doesn’t seem like this beach town is going to stop with just this ban. According to some inside news, Malibu has apparently marked plastic lids, typical beach trash, as it’s next target. Kudos to Malibu! You too can join the gang of those with a clear conscience and significant awareness by acting against the use of single-use plastic. Share your comments and let us know how you play your part in this fight against plastic.